Add Comment
What the private sector can learn from the Fed's new procurement strategy
Brian Seipel on Friday, March 6, 2015 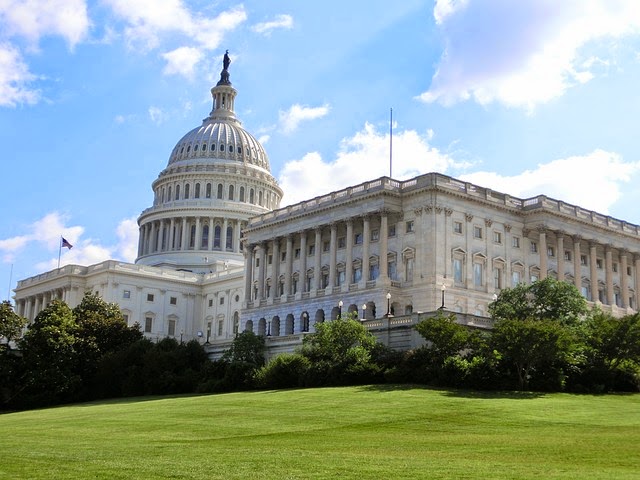 The US government kicked the year off with plans to improve spend categorization in the federal marketplace. Leading high-spending agencies broke spend into 10 overarching categories to be led by subject experts. Procurement professionals in the private sector have long recognized the benefit of proper category management - but for any business that hasn't begun the process already, the federal spend categorization might make a good case study to follow.

A move towards private sector practices

Plenty in the private sector may do a double take at the idea of taking a cue from public sector strategies.  However, the government's new initiative parallels private categorization in a number of ways. First and foremost is the reason categorization is so important. Anne Rung, Administrator of the Office of Federal Procurement Policy, and Tom Sharpe, Commissioner of the Federal Acquisition Service, summed up the issue simply: “Far too often, our acquisition professionals are making these purchases with very little insight into what their counterparts across the government are buying, who they are buying it from, what they are paying, and how they are buying it. In general, there is very little coordination and sharing of information and best practices across government. In fact, there is no single place a government contracting officer can go to find out important details regarding existing contract vehicles for any particular commodity area.” If these sound like familiar issues, it is because all businesses face these procurement challenges – even if spend in our own organizations is a bit below the federal mark of $400 billion. The goal of this categorization is to bring clarity and coordination to a disparate set of buyers and suppliers, just as it is in the private sector.

Another similarity is in the categories the government selected as key priorities. Here are three of the finalized 10 categories:

From shutdowns to changed buying methods, the federal contracting market is evolving. Smart contractors will not only face down these changes, but find the best ways to take advantage of them.

Here is a look at how to get ahead in 2014:
Move past sequestration and the shutdown. The federal sequester and recent budget cuts — in addition to the 2013 shutdown — mean that federal spending is being scrutinized like never before, putting extra pressure on government contractors.
Companies should focus on winning future business, rather than past obstacles. Smart business development strategies include finding new money in the federal budget.
For example, the 2014 federal budget request includes $76.5 billion in information technology spending. The more important figure could be $17.9 billion, or the amount of money included for new projects — as opposed to maintenance costs — in the budget number.
Stay ahead of the contract-type curve. Over time, agencies change their contracting practices. Some contract types grow popular while others fall out of favor.
In 2009, General Services Administration schedules and government-wide acquisition contracts began losing market share to agency-specific, indefinite-delivery, indefinite-quantity contract vehicles.
Now, spending patterns are shifting back, with GSA schedule and government-wide acquisition contract spending increasing, while agency-specific vehicles decline in use. Though agencies give up some control by using multi-agency contracts, it’s cheaper and easier to rely on a program that’s already in place. Read Full Article.
Posted in In the News
Tags: Fy14 Procurement forecast Government contractors

If there was ever any question about the course correction the federal contracting market has been going through over the past three years, a new survey from Grant Thornton puts it all to rest.

Government contractors say they are making less money than at any time in the last 18 years, including 56 percent of the respondents revealing they made less than 5 percent profit off their government contracts in 2012.
Grant Thornton's 18th annual study of the government contractor industry details the impact of the changing federal procurement environment.
"I think we are seeing, probably, the government is spending less money on contracts, and that's being reflected in the revenues and the companies are beginning to diversify," said Lou Crenshaw, who leads Grant Thornton's aerospace and defense industry market and is a retired Navy vice admiral. "This year, for instance, less companies received work from the federal government as an overall percentage of their revenue. So we are seeing a move of the companies to the commercial sector."
Crenshaw, who presented the preliminary results of the survey at a luncheon sponsored by AFFIRM in Washington Friday, said vendors overall saw a 9 percent drop in revenue and a 16 percent drop for those working with DoD last year.
Additionally, 38 percent of the respondents said they saw decreased revenues — a 9 percent increase over last year — while 35 percent saw increases, a 15 percent decline over 2011.

Not only is revenue down, but profits are down too. Grant Thornton found the percentage of vendors making less than 5 percent profit or no profit grew in 2012 by 31 percent over 2011.

Today, the Department of Transporation (DOT) released it's FY 2011 procurement forecast. To view and print the forecast please click here.

Posted in In the News
Tags: Procurement forecast Dot Osdbu